The NIL Collective
For Auburn

A strong Name, Image and Likeness program is crucial to the future of Auburn athletics. Even with our outstanding coaches and facilities, we cannot expect to be competitive going forward without it. Through ON TO VICTORY, Auburn supporters can recognize the hard work of our student-athletes and give them expanded NIL opportunities. We can’t delay or fall short. Now is the time to lift up those who inspire us.

The only objective of ON TO VICTORY is to expand NIL opportunities for Auburn student-athletes.

ON TO VICTORY exists solely to benefit Auburn student-athletes. Its directors will never receive compensation or profit from the collective. ON TO VICTORY is committed to efficient fiscal operations and rigorous compliance with all NIL regulations.

You can contribute to ON TO VICTORY using our online donation form or by sending a check to the address below.

Checks payable to “On To Victory” should be mailed to:

You may include your preferred sport or interest on the memo line.

ON TO VICTORY was founded by seven individuals united by a shared love of Auburn. They acquired an existing collective and formed a new collective dedicated exclusively to expanding NIL opportunities for our student-athletes. That’s what ON TO VICTORY is all about. 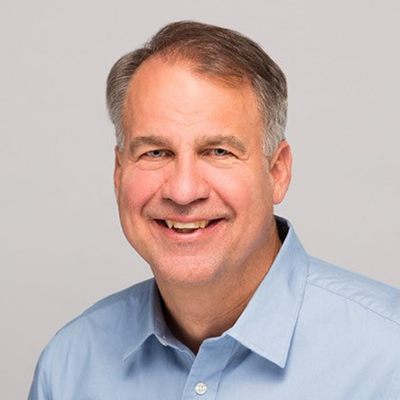 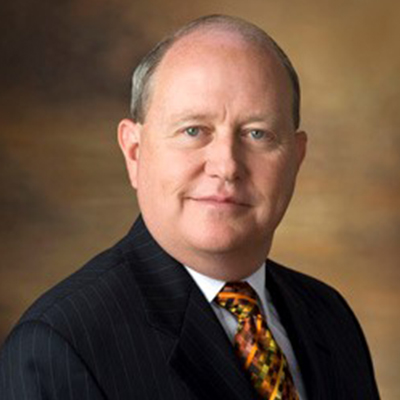 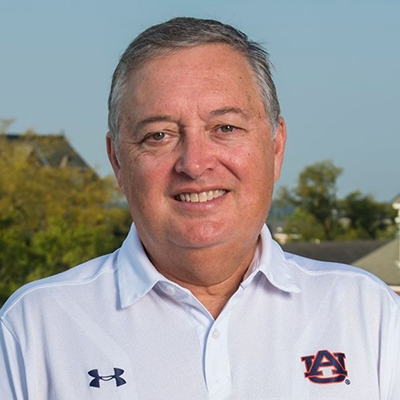 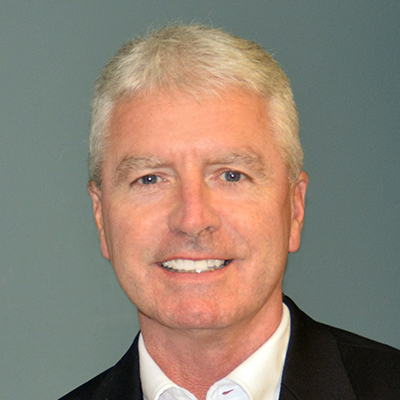 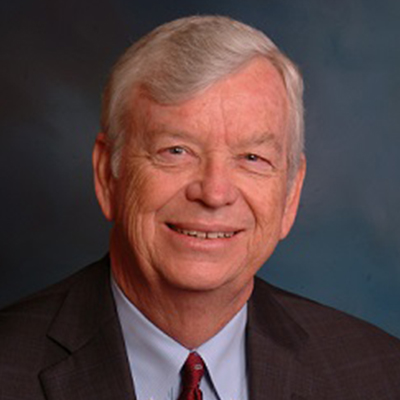 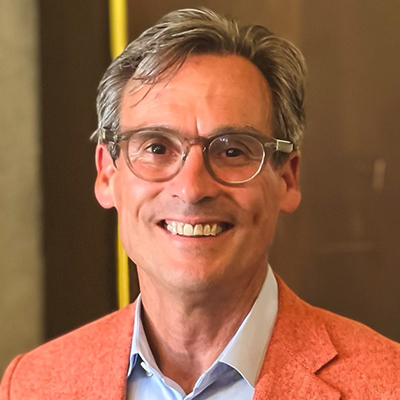 Mike graduated from Auburn 1988 in the dual degree program with bachelor’s degrees in both Business Administration-Finance and Building Science. Mike was also a scholarship athlete and four year letterman on the Men’s golf team. In 2003, he founded Fulcrum Construction, a commercial general contractor with offices in Atlanta, San Antonio and Los Angeles. Mike has three children, Kay, Ali and Avery. Ali and Avery are currently completing their bachelor degrees at Auburn. Mike and his wife, Paula, relocated to Auburn in 2019 and have both become actively involved in the Auburn community.

Nick, 61, is President, CEO, CMO and majority shareholder of Momma G’s, Inc., the franchisor of Momma Goldberg’s Delis. He is also President, CEO and sole shareholder of The Progressive Companies, headquartered in Gainesville, Florida, which includes Progressive Restaurants, Inc., PRI-Miami, LLC, PRIC, LLC, and MG Holdings. The Progressive Companies owned and operated 32 Taco Bell Restaurants throughout the state of Florida until the sale of the restaurant business in 2010 – the company retained the real estate on 22 parcels with a triple net 20-year lease. Nick is President, CEO and primary shareholder of Vision Restaurants, Inc. which operates six Taco Bell Restaurants in South Georgia and the panhandle of Florida. Nick is also the President, CEO and primary shareholder of Davista Holdings, LLC which owns and manages several real estate holdings in Florida, Alabama and Georgia as well as Paradise Lake Properties which owns real estate holdings in Alabama. Nick formed ML Restaurants, Inc. in 2009 which purchased two Momma Goldberg’s Delis and had grown to a total of five in the state of Alabama before selling 4 of the delis back to the franchisor in 2015. He holds a Bachelor of Science Degree in Economics from Auburn University (1984).

Upon graduation, Nick joined Taco Bell Corporation as a Manager Trainee serving for seven years in positions of increasing responsibility including operational and financial turnarounds of critical markets including Atlanta, Birmingham, Jackson, MS and Charleston, SC. In 1991, Nick joined WenSouth Corporation, a 46 restaurant Wendy’s franchisee as a Regional Director. His responsibilities included Marketing, Capital Spending and Employee Motivation for the entire corporation.

Nick has also been active in the communities in which he has lived including serving on the Board of Directors for the Greater Tallahassee Advertising Federation. Nick has given extensively of his time and talents to Auburn; he has served as President of the Tallahassee Auburn Club and as a Board Member of the National Auburn University Alumni Association Board of Directors. He is a member of Auburn University Athletics’ Tigers Unlimited at the Heisman Society Level and a longtime Executive Suite Holder in Jordan-Hare Stadium.

Nick also served on the Auburn University Harbert College of Business Dean’s Executive Advisory Committee after serving a three-year term on the Advisory Board and is currently an emeritus member of that Board. He served on the college’s capital campaign committee for the Because This is Auburn Capital Campaign. In addition, Nick was recognized as one of the top forty graduates by the Auburn University Harbert College of Business on the fortieth anniversary of the college.

Nick currently serves as the Chair of the Gogue Performing Arts Center Engagement Council after serving on the inaugural Development Council. He also serves as the Chair of the Dean’s Advisory Council for the College of Human Sciences. And serves on the Auburn University EAGLES Program Engagement Council.
Most recently, Nick has stepped up to serve Auburn in the Name, Likeness & Image arena serving as a founding Member of Friends of Auburn who owns and manages On To Victory – THE NIL for Auburn.

A native of Bear Creek, Alabama, Steve Fleming was the first member of his family to attend college. After graduating from Phillips High School in 1979, Steve enrolled at Auburn University, where he earned a degree in Finance from the College of Business in 1983.

After retiring from the banking industry, Steve began a second career as a real estate investor and developer. He owns commercial properties in and around Auburn. His first new-construction project, The Whatley, is a beautiful mixed-use building overlooking Auburn’s iconic Samford Hall.

Since 2018, Steve has called Auburn home.

Keith earned is Bachelor of Science degree from Auburn University Montgomery School of Business in 1991. He is a certified public accountant, lives in Auburn, and is an avid supporter of Auburn Athletics. 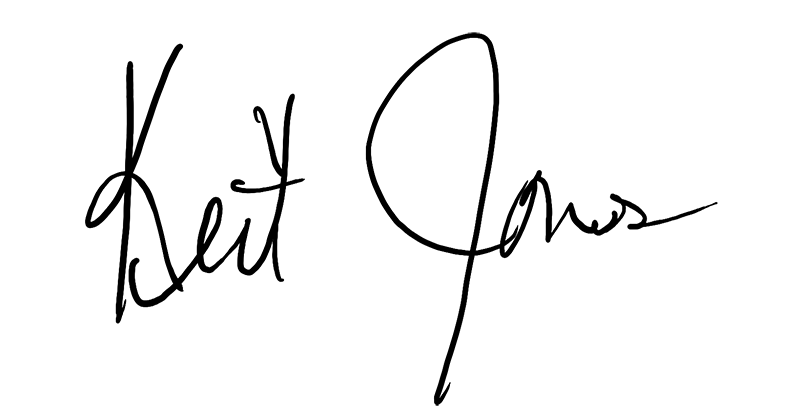 Ned Sheffield recently retired from Jackson Thornton, a regional certified public accounting and consulting firm where he served as the president and managing principal.  He was responsible for guiding the firm’s strategic direction as well as overall administration and financial management of the firm.  He also served as the chairman of the Executive Committee of Jackson Thornton.

Prior to being elected Jackson Thornton’s managing principal, he was the practice leader of the firm’s Construction Group.  He was active in many of the State construction trade associations including Associated General Contractors (AGC) and the Alabama Road Builders Association. He is past Associate President for AGC and served on the AGC National Tax and Fiscal Affairs Committee. Sheffield graduated with honors from Auburn University and is an Emeritus member of their School of Accountancy Advisory Council. He is a Life member of the Auburn Alumni Association.

He is a former member of the Montgomery Area Chamber of Commerce Committee of 100 and the Chamber’s Board of Directors. Sheffield is a past President of the Montgomery Auburn Club and served as a Campaign Cabinet Member of the River Region United Way. He is a long time donor and supporter of Auburn University and is a member of the 1856 Society, the Katharine Cooper Cater Circle of the Foy Society and the Shug Jordan Society of Tigers Unlimited. Sheffield holds professional memberships in the American Institute of Certified Public Accountants, the Alabama Society of Certified Public Accountants and is a Chartered Global Management Accountant.

A 1983 graduate from Auburn University, Wesley Spruill received a BS in Chemistry and Mathematics and graduated with high honors. He then attended UAB School of Medicine, receiving his medical degree in 1987. Wesley completed an Anesthesiology residency at UAB followed by a fellowship in Interventional Medicine.

Wesley founded and serves as the current medical director of The Spine Care Center in Tuscaloosa, Alabama. In addition to his medical practice, Wesley is an active real-estate developer and hotelier.
A life-long Auburn fan, Wesley attended his first football game in 1980, just after Jordan -Hare Stadium’s west-side upper deck was completed. He was present when Pat Dye was introduced to the Auburn Family during halftime of an Auburn Basketball game and personally experienced “Bo Over the Top,” “The 2010 National Championship,” “The Miracle at Jordan-Hare,” “The Kick Six,” and every other significant football win since 1980. He also was able to personally follow Auburn Baseball to the last two College World Series appearances and was fortunate enough to celebrate in person the SEC Championships and March Madness wins obtained by Coach Bruce Pearl’s Basketball teams.

The professional career of Walter S. (Walt) Woltosz testifies to the potential of an engineering mind to impact the world. Combining his engineering knowledge with a problem-solving approach, Woltosz has established himself as an engineer who has improved the quality of life for people worldwide. His commitment to Auburn Engineering, and his recognition of the value of graduate education, led him to make a generous gift to the college’s graduate fellowship program. In recognition of his support, students who hold graduate fellowships within the college are known as Woltosz Fellows.

How did ON TO VICTORY begin?

ON TO VICTORY was created by six individuals united by their shared love of Auburn. They acquired an existing collective called NIL-Auburn and formed a new collective dedicated exclusively to expanding NIL opportunities for our student-athletes. None of these individuals receives any financial compensation from ON TO VICTORY.

Under NCAA rules, student-athletes are allowed to receive compensation for the use of their name, image and likeness (NIL). This can include physical merchandise such as autographs, photos, T-shirts and hats, as well as digital merchandise such as live streams, virtual press conferences, social media posts, virtual meet-and-greet events, NFTs and personal content posting. It also includes experiences such as VIP events, camps, lessons and personal appearances.

What is an NIL collective?

Collectives such as ON TO VICTORY sign agreements with student-athletes to help them take advantage of NIL opportunities. Collectives pay student-athletes a monthly fee in exchange for NIL  activities as described in the previous question. They ensure the student-athletes fulfill their commitments in compliance with NCAA rules prohibiting “pay for play.”

Financial support for ON TO VICTORY from individuals, businesses and other organizations allows the collective to meet its obligations to the student-athletes.

What NCAA rules apply to NIL?

A student-athlete may not receive NIL compensation based on his or her athletic performance. That would constitute “pay for play,” which is prohibited by NCAA rules.

A donor may not provide NIL compensation to a high school recruit or transfer student in an effort to bring the student-athlete to Auburn. Such inducements and extra benefits are prohibited by NCAA rules.

Per NCAA rules, Auburn University is not associated with ON TO VICTORY or any other NIL organization. ON TO VICTORY  works closely with Auburn to keep the university informed of our procedures and progress.

Where does my money go?

90% of all donations will go directly to Auburn student-athletes.

Any profit generated by ON TO VICTORY also will go directly to student-athletes. The members of the executive board have pledged to never take a profit from their work with ON TO VICTORY.

Stay Up to Date